The club has rolled out this programme across all Secondary Schools in Maidenhead. In the last six months, 15 club members have been involved as either school liaison officers or interviewers, and the club has so far laid on 10 events.

Activities in February
Monday 10th February
We made 3 separate presentations on ‘Presenting yourself in today’s job market’ to 3 classes at Furze Platt School and we have another date scheduled for Monday 24th February.  It went well from our side but it appeared to be a challenge for them even with the world of work approaching fast - some looked plain scared!  The intention of the presentation is to make them more competitive and confident when they make applications.

Wednesday 12th February
13 club members made themselves available to conduct 10 minute interviews with immediate feedback at Newlands School, and again it was an excellent day.  We were part of an Interviewer group which totalled around 40 as there were many girls to be interviewed.  The session was organised by the school and it ran very smoothly and we hope to be invited back to help the school develop their programme.

Friday 14th February
Following on from the hugely successful and enjoyable interviewing day on 3rd December (see below) at Altwood School, we went back in to speak to the same group of students to give them feedback on their group performance, which was well received.  Additionally we gave them a taste of what 10 years on might look like and gave them ideas on how to handle competency based interviewing techniques. We closed the 60 minute session with ‘OK, so you have been offered a job, now what…’ and we ran through the very basics of letters of offer, statutory written statements and what they could reasonably expect from a company induction programme.

​Tuesday 3rd December
An interview practice session was run for the same group. Five club members, plus the wife of one of them, conducted a 15 minute session with each student. We asked them up to 5 questions in 10 minutes and then immediately followed this up with feedback on how well they did. We also scored each student and now we have picture to give to the school on how well they performed as group.

The deputy head was very pleased with the event - in fact he said he has never seen the place buzzing so much. He is now trying to find a suitable date in February / early March for us to go back and present again to the group as whole on their performance, and we are also adding a special piece on Contracts of Employment, Statutory Rights etc. 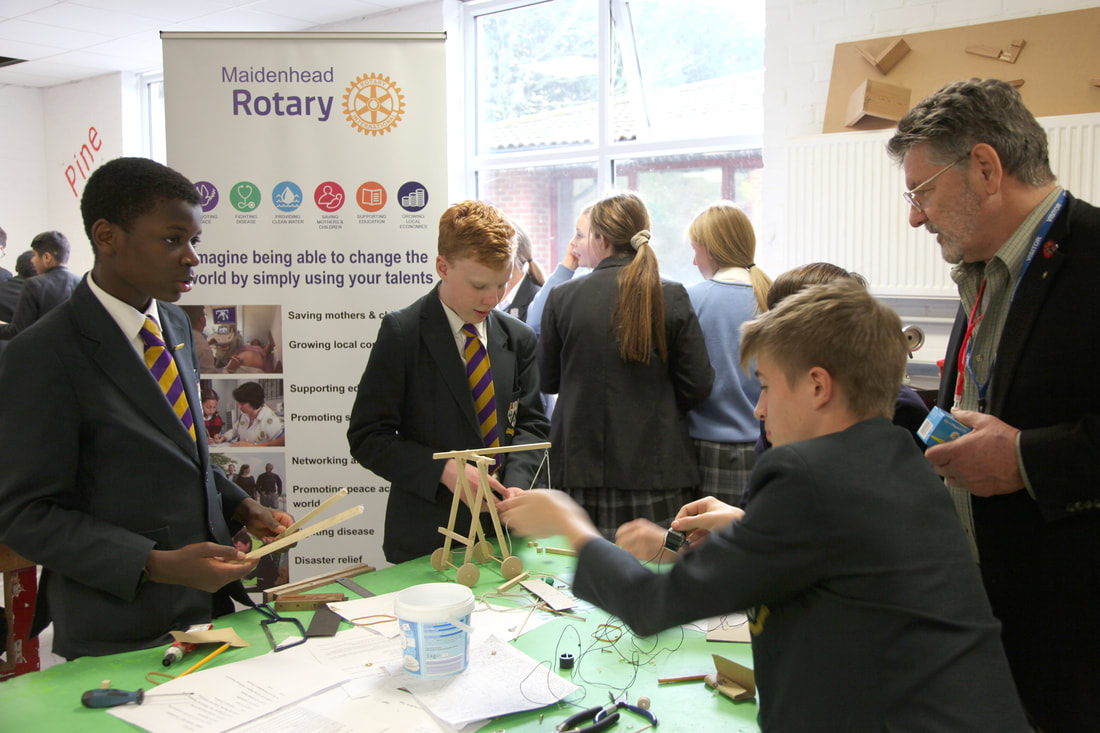 Students from Newlands and Altwood schools joined hosts from Desborough College at the school’s specialist STEM (science, technology, engineering and maths) unit for a technology tournament organised by the Rotary Club of Maidenhead.

A dozen pupils from each school took part in the event on Tuesday, November 19th. They were split into teams of four and given a technology challenge in the form of a scenario - to design and build a model crane on rails to move hazardous materials following a fire. Organiser Rotarian Pat Lattimer said: “It’s exciting for the students. They do not know what they will have to do until they are given the challenge and materials. The aim is for the students to all achieve more than they thought they could, enjoy the experience and encourage an interest in design and technology. It’s about the chance to put skills into practice and work together.”

Judges from Rotary and STEM ambassadors – who encourage interest in technology in schools – were on hand to provide support and assess the students as they built their creations with hacksaws and glue guns using wood and pulley systems.

“They all managed to meet the challenge but it’s surprising how many different ideas and designs there were,” said Pat.

One of the home teams from Desborough was the winner. It was the second time the event has been run and Rotary hopes to make it an annual event attracting even more schools.
​
The technology tournament is also supported by the Spoor, Merry and Rixman Foundation, which had previously helped to fund the STEM unit at Desborough. 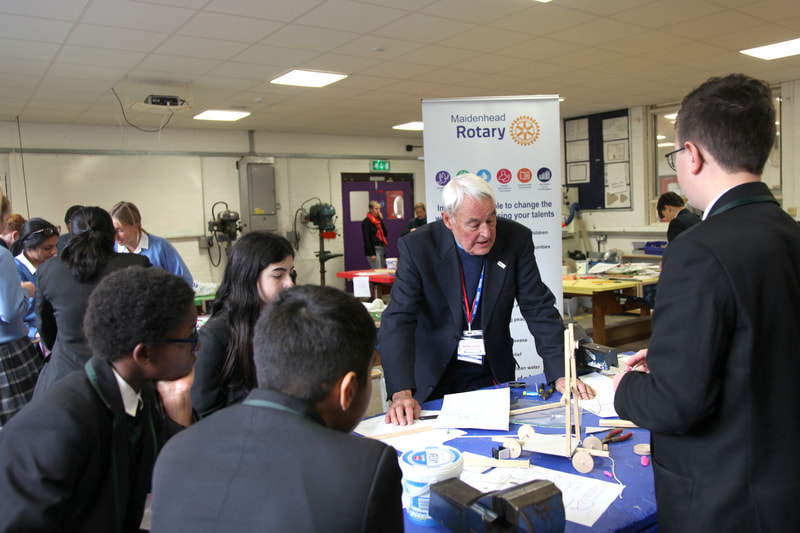 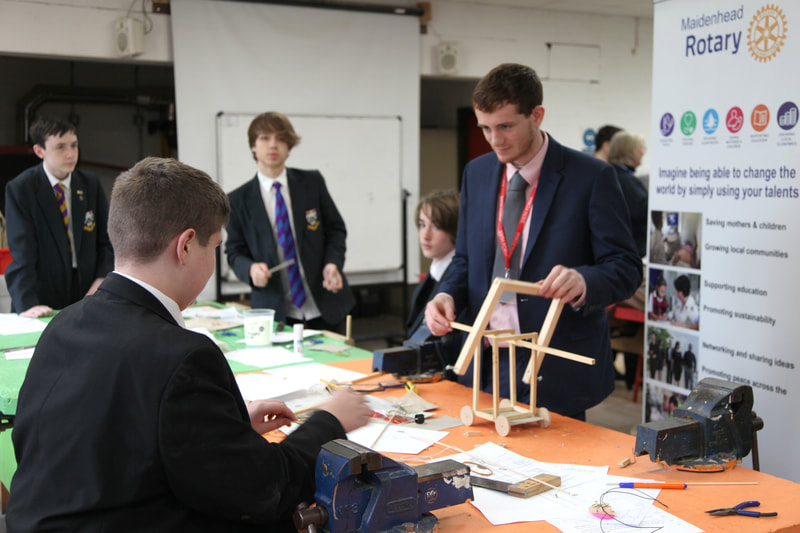 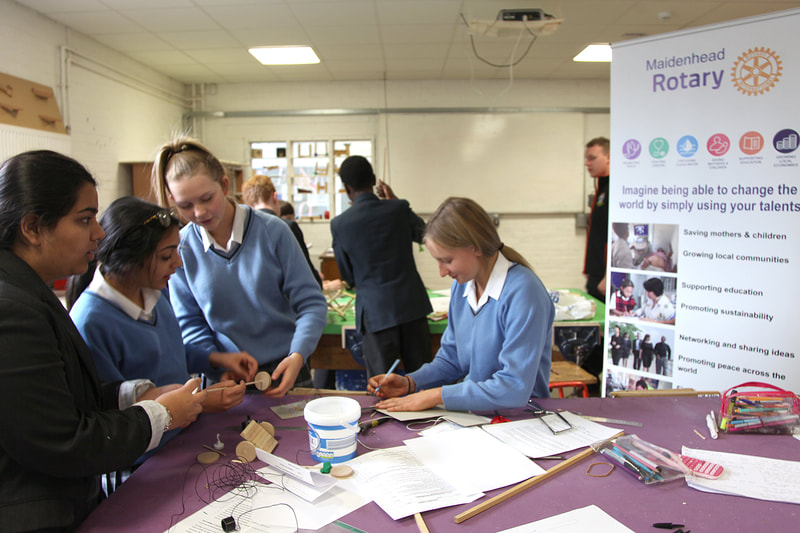 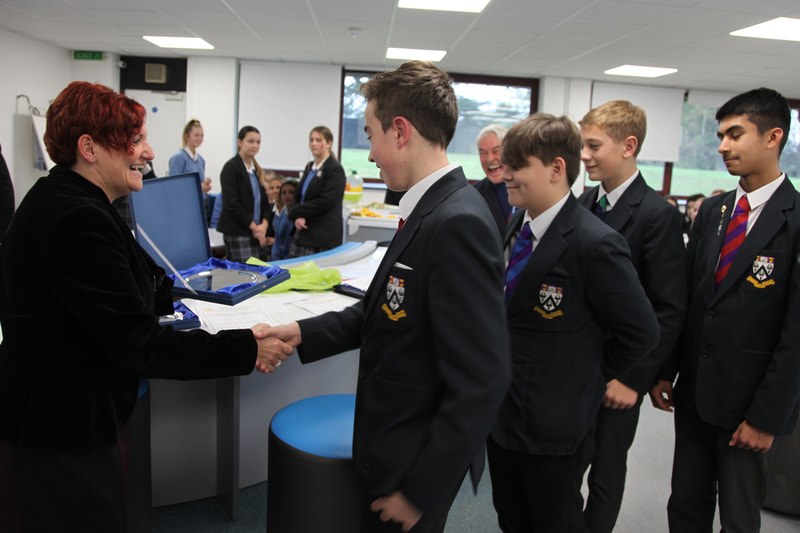 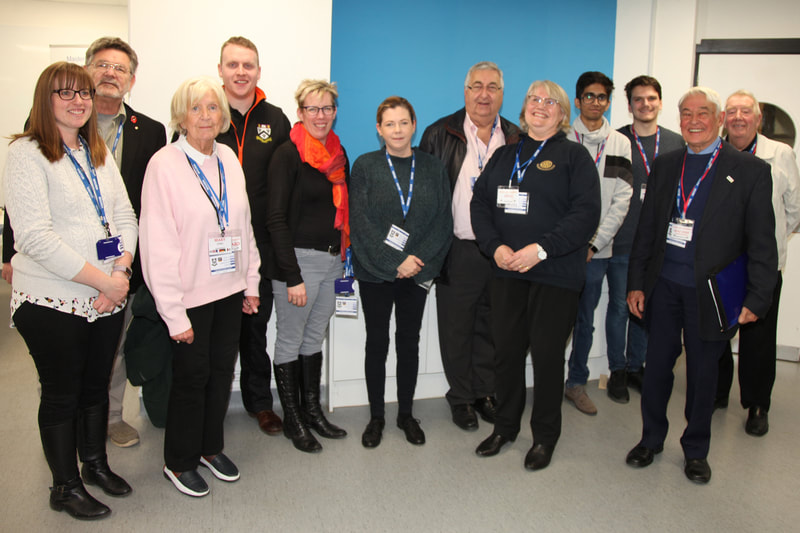